I’ve belonged to the Working Writer’s Forum for ten years. A few of us were part of the original group which has morphed and evolved over the years. I really value what these folks have to say about my writing. Currently we are nine writers who meet monthly to critique one each others work. We limit ourselves to no more than two submissions of 25 pages.

Recently one of our members moved to Arizona. She is a terrific writer and an excellent critiquer so we didn’t want to lose her. She’s also a really special lady. Someone suggested we bring her in using an iPad. So we did and it worked really well. Another member spends the winter in Florida and we also wanted to include her. So last night we had two Forum members take part using technology. 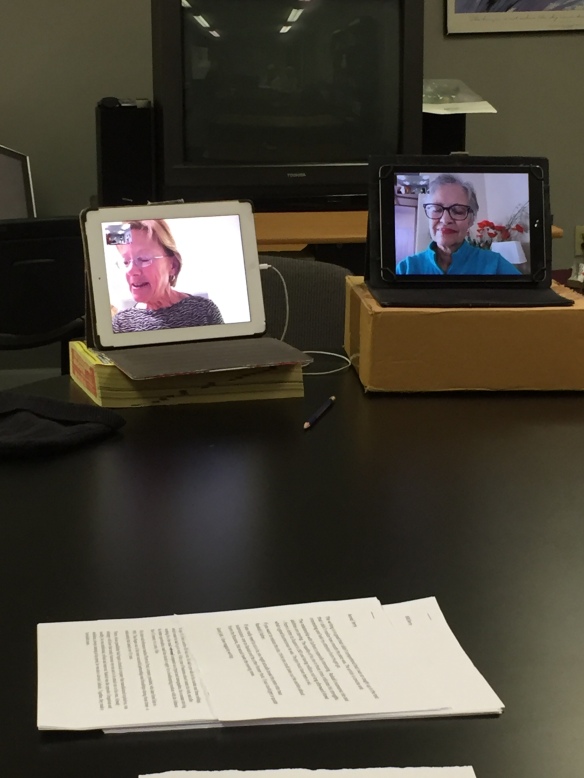 I hope this group stays just the way it is. We’ve created a climate of trust that would be difficult to replicate.

I volunteered to submit for April, although I said it might not be 25 pages. This will force me to spend some time on book three in the Caribbean series while I am revising the first two for republication under my name.

A number of the young women bloggers I follow write a lot about self doubt. Do I write well enough? Am I a failure if I give my kids pizza for dinner from time to time? If they don’t grow up to be good people, it’s all on me. I need to make the world a better place – today! How can I be a good mother and an interesting marital partner? And then, after awhile, they ask – What happened to me? Where did I go?

Those last two were things I used to think about. I married the first time when I was twenty and had two young children by the time I was twenty-three. This was well before the internet where I might have found help for how overwhelmed I felt. It was even before there were many self-help books. My husband probably was as overwhelmed as I was, but he turned his insecurity into verbal abuse and because I’d never lived on my own, had never earned a salary or paid my own bills, or really been responsible for my own life, it was easy for me to buy into his views of my worthlessness.

I felt like I had been erased. Where was the secure, smart, motivated person I’d been? The young teen who had thought about choosing between being a ballerina and a brain surgeon. Okay, the ballerina thing was delusional, but medical school not out of reach.

It took eleven years for me to get out of that first marriage. My two children were only part of the reason I stayed so long. I had a college degree but had never had a real job. If I left, how would I support myself and my kids?

I look back on 41 years of a second marriage to a lovely man who still thinks I’m smart and talented and beautiful. But it took me a long time to believe him. And it took him being injured in a catastrophic automobile accident thirty years ago for me to understand that I could make it on my own. The scared child inside me got pushed aside by the need to take care of my husband and our four children. It wasn’t easy, but at the end of six long years of his recovery, I no longer doubted my ability to take care of myself and my children. It put a lot of things in perspective.

Maybe it’s the process of aging, but my worries today are about our country and the world, not so focused on self. My kids are adults and make their own decisions and the consequences are theirs. They are good, responsible, caring people. The kind of people I hoped I would raise. The occasional pizza I fed them didn’t seem to inflict lasting harm.

A week ago I completed a six week course in NeuroMindfulness Meditation. (I just typed mindful medication in the headline and then did it again. Maybe because if I could take a pill to still my roaming thoughts it would be easier to meditate.) 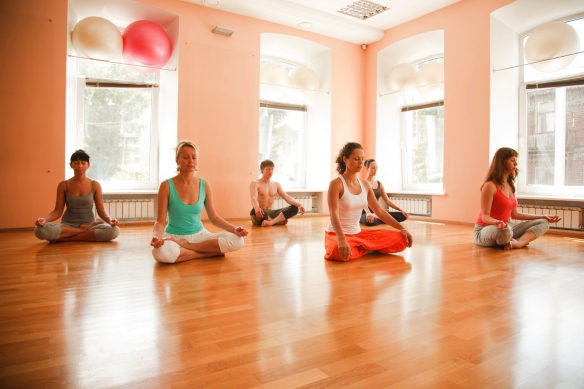 The course was taught by David Mercier whose book “A Beautiful Medicine” is now required reading in at Johns Hopkins School of Medicine. David spent two years in Sri Lanka practicing meditation as a Buddhist monk. He is also a skilled acupuncturist. And he lives down the road so the class was held at the yoga studio where I practice five mornings a week.

At the first session we had to commit to meditating at least seven minutes a day. How hard could that be? David recommended getting an app on our smart phones that could be set for various lengths of time and would signal the end of a session with a chime or gong (there were a number of sounds to choose from). He said the chime was to reward us for taking time to medicate. Jeeze, did it again. I meant meditate! Turns out getting the app set up proved challenging. I’m sure any one of my grandchildren could have done it in 30 seconds. But I did finally get it set up. Oh, my! Seven minutes seemed like a long time.

But that was just at first. Within a couple of days I set a timer for fifteen minutes. It seemed it took me seven minutes to get settled.

“Breathing in, I am safe. Breathing out, I am safe” was the mantra suggested by David. His belief is that we are all in a constant state of awareness based on the primal need to survive. We are always on the lookout for saber-tooth tigers and grizzly bears. I think that is not so far from the truth. I have an amazing startle response. I tell my husband that if I’d been a black belt he would have been dead years ago. Even my cleaning lady learned to knock on my open office door after I shot out of my chair one day when she came in to see if I had trash in my office trash can.

Here’s the best thing I learned from David and he taught this in the first session. The goal is not to get your brain to stop, the goal is to notice the intrusion and name it. Thinking, thinking or hearing, hearing or smelling, smelling, or feeling, feeling. The focus is not so much on the breathing. Something different in this training is that we share our experiences with the process. That has been enormously helpful. Once the class was over I wondered if I would continue, but most mornings I’m sitting cross legged on my bolster setting my phone alarm for fifteen minutes. I would not have anticipated that result.