It’s colder, but we still haven’t had a killing frost. A lot more rain last week so the yard is too wet for the guy who runs the big mower that will mulch and collect the leaves for me. There are a few outdoor tasks remaining but we did get the Avocado sculpture wrapped for the winter and the drip irrigation system shut down and the timers removed. The hose has been rolled and the sprayer removed. I don’t bring it inside. The water that’s left inside can freeze and expand without rupturing the hose. There are a few pots to be moved closer to the house. They will survive the winter — or not. 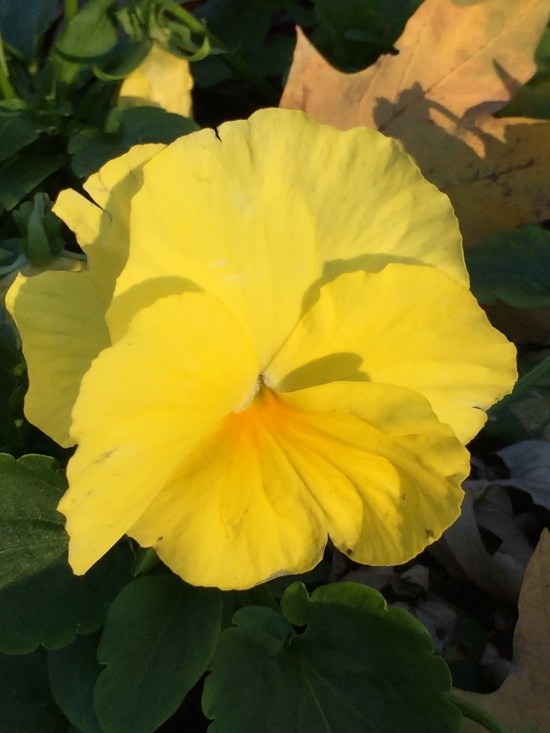 2. The potted dwarf Alberta Spruce is on the deck ready to be wrapped in fairy lights. I leave the lights on it until spring because it’s so pretty at night. I’ve had Alberta Spruce in the garden before. Lost one to red spider mites and then planted two on the other side of the garden flanking steps leading to the deck. One succumbed to mites and the other looked healthy, but my sense of symmetry was bothered so I dug it up and gave it to Laura Ambler, my writing partner, for her garden.

3. A month ago a sunken area in the garden was filled with bags of top soil and seeded with grass. I bought a seed mixture that was incorporated in mulched newspaper last spring because a guy in the check out line at Lowe’s told me he used it. I had it in the garage and hoped the seed was still viable and it seemed to be. After I put the mixture down it rained and rained. I thought the seed might rot, but it germinated. 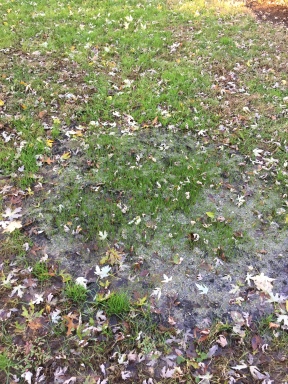 4. I remembered to harvest seed pods from the thread leaf amsonia hubrictii this morning. Now I just have to get them into a container and label them before I forget what they are. The good news is they are now in the garage, not still in the garden. These thread leaf amsonia don’t self-seed like the other variety I had. I want more of the golden fall color.

A friend brought me some flowers that contained a stalk of these. I dried them out and will see if I can raise some from seed. Apparently the Monarch butterflies like them.

6.  We emptied out the water in the avocado sculpture, put a beach ball in it to keep the tarp raised and fastened the tarp with bungee cords.  Last we had some fall color from the small maple on the left, but nothing this year. The leaves are holding on. The random pieces of paving were thrown there and never got properly placed. A job for spring.

That’s my six for this week, a meme started by The Propogator, a UK gardener. I learn something every week from the participating gardeners. This is the link to the rules if you’d like to join in.