It doesn’t feel like fall yet. Our weather has been hot and humid. Stepping outside is like stepping into a sauna, but my husband is talking about moving firewood to the deck — when it cools off. He’s not into the gardens so much, but a fire everynight though the fall and winter is his thing. He takes total responsibility for ordering and stacking wood. We are always a cord and a half ahead so we have really nice, dry oak to burn. Coming from a house with five fireplaces, I am thrilled we are down to one.

After removal of river birch

2. Black-tailed Swallowtail. I have been watching the three chrysalis that I found. One hatched before I noticed. Another is taking forever which seems very odd. I think it’s dead.  And the third isn’t doing anything yet. Lots of black swallowtails are flying in the garden so I guess the birds didn’t get all the caterpillars. The fuzzy photo below is one that sat briefly on some foliage. One of its wings was deformed so I wondered if it had just hatched and wasn’t totally unfolded yet or was at the end of its life span.

3. My Beauty Berry (Callicarpa) is beginning to turn purple. Some rubeckia have grown through making a nice diplay. When I googled Beauty Berry to get the scientific name, I also saw a link for Beauty Berry jelly. I don’t have enough berries to make jelly but it never would have occured to me to do so. The color would have said POISON to me. 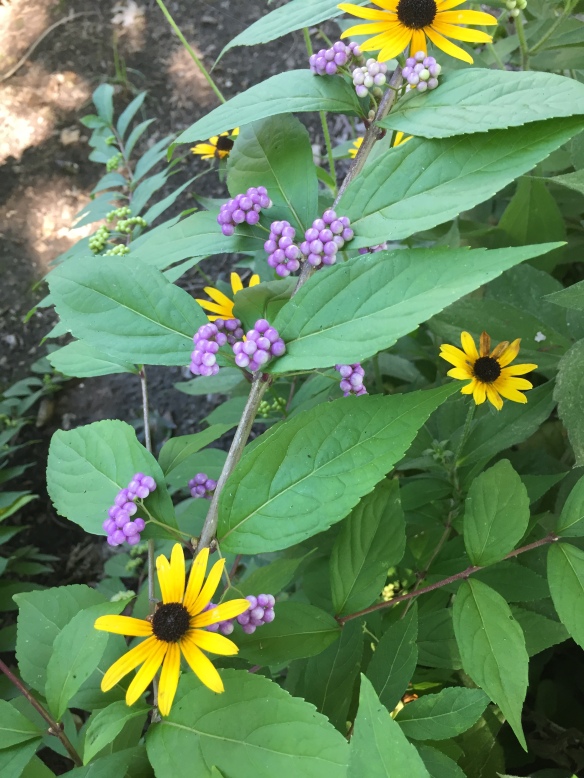 4. Along my morning walk a Blackberry lily is seeding. I wonder if I could successfully grow this from seeds. The spring flowers are red orange.

5. Figs from a friend were made into fig jam. I used the jam recipe in the SureJell package but substituted one cup of brown sugar for one of the cups of white sugar and added some vanilla. It is much better than my fig jam from last year. I made notes in my Bell Canning book from forty years ago. 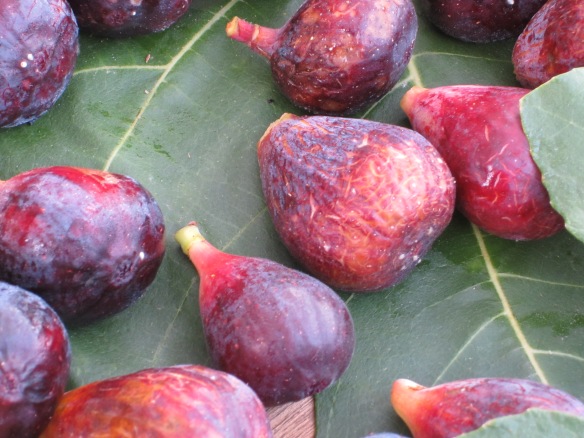 6. A stop at a local nursery where all shrubs were 40% off meant I brought three Heller’s Japanese Hollys and three Osmanthus ‘Goshiki’ home.  This wasn’t as impulsive as it sounds. I had been there earlier in the week and didn’t buy anything.

I don’t know where they will go yet, but probably in the area where the river birch came out.  I can stick the pots in the area and move them around to see what I like. There some abelias that don’t get so tall that I also have my eye on. If they are still there when things go to 50% off, I may get a couple. 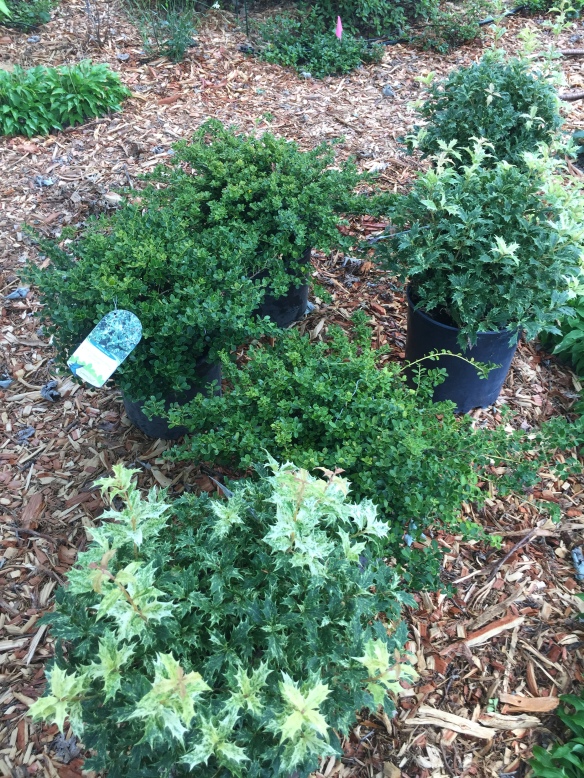 That’s my six for this week, a meme started by The Propogator, a UK gardener. This is the link to the rules if you’d like to join in.