We’ll take a brief hiatus from writing mid-week when we go down to Ocean City, Maryland and spend the night with our friend Bonnie Feldstein. Bonnie writes as Anna Gill and Laura and I got to know her through her involvement with the Bay to Ocean Writers Conference where she’s handled manuscript reviews the last couple of years. She lives in Rochester, New York, but spends a couple of months in Ocean City holed up in a condo and dedicating herself to writing. We’re both jealous she’s figured out how to do that. 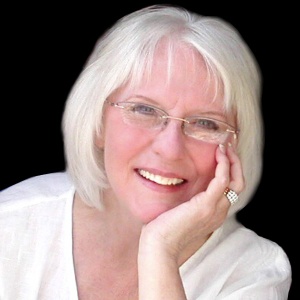 On the agenda — dinner and then lots of girl talk. Bonnie has a wicked sense of humor and is a great story teller. At BTO she had us in stitches with a tale of trying on a full length (bra included) Spanx. This is supposed to give you a lean look from shoulder to knee and take care of any bulgy bits. I could relate! Apparently Bonnie’d been given a size too small to take into the dressing room, but she managed to get it up over knees, hips and bust. Once it was on, however,  she couldn’t breathe and only managed weak “help me, help me’s” from her stall. I had images of The Fly superimposed on Bonnie held captive by Spanx from which she had to be rescued by a saleslady. At that point Laura and I were laughing so hard we were crying.

Networking isn’t just about working. Forging personal bonds over stories and wine is the best networking there is.

Note to self: do not wear mascara when visiting Bonnie!